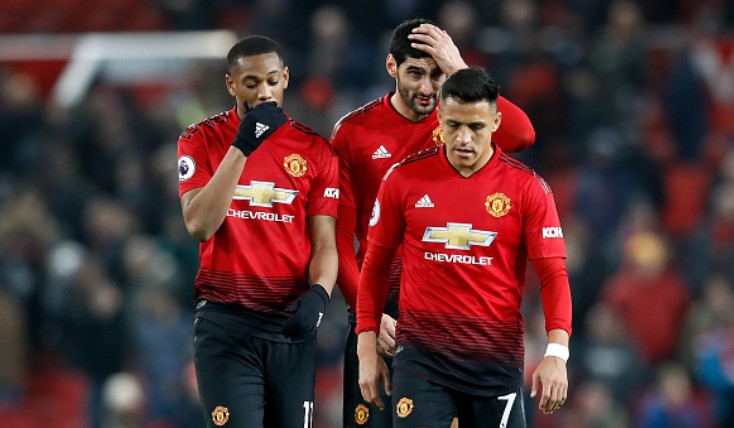 Manchester United will be returning to Europa League football next season. After failing to beat already relegated Huddersfield Town, Manchester United have mathematically lost their chances of finishing in top four. Scott McTominay scored after just eight minutes to make it 1-0 for the Devils, but Huddersfield equalized after hour of play through Isaac Mbenza.

With this draw, it is now official – Manchester United will not play in Champions League next season and no wonder that happened. With their away form in all competitions being five losses and one draw since 10 March, Manchester United did not deserve more. After making a brilliant comeback midway through the season and reaching the fourth place, Devils’ losses to Everton and Wolves and inability to beat Chelsea, Arsenal and Huddersfield resulted with this terrible outcome for them.

This will be the third season in which Man United will be playing in Europa League in post-Ferguson era. The only remaining thing to see here is whether the Devils will enter Europa League in group stages or in second qualifying round – which will happen if they finish sixth and Watford win FA Cup.

Just how poor result this was for Man United shows the fact that the three relegated clubs – Cardiff, Huddersfield and Fulham – did not win a single point against the big six clubs prior to this round. Huddersfield are the first of those teams to remain unbeaten against the best English clubs and at a moment when Man United really had to win.

Manchester United were dreadful and as Gary Neville described them, “they are a despondent group of people”.

Man United fans will be happy that this season is almost over. The match at Cardiff is what remains, but after a horrible part of the season under Jose Mourinho and this poor run of results in the final months of the campaign, they will be in a need of a break during the summer. It is simple as that, apart from the “honeymoon” period under Solskjaer, this was a very tough campaign with some positives, especially in Champions League this spring.

However, the Devils will not have the chance to build on that in the competition next season and Man United remain in vicious circle of going up and down between the Champions League and Europa League.

Devils Unlucky At Huddersfield, But Did Not Deserve Any Luck

Manchester United were in the end unlucky not to win at Huddersfield, but the way this team played, they did not really deserve to stay in the race for top four finish. Paul Pogba hit the woodwork twice, the second coming after 87 minutes when Devils were desperate for a goal, but in the end nothing really changed. Solskjaer was very unhappy after the match and deservedly so, but now we can only wait and see how things will pan out this summer in terms of squad overhaul.