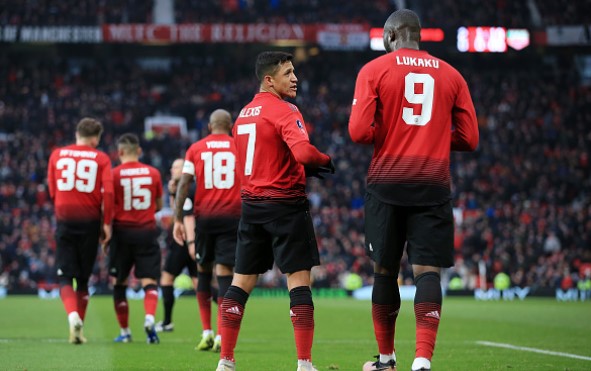 Devils Could Pay To Get Rid Of Sanchez

It looks like it is finally game over for Alexis Sanchez at Manchester United. According to several media on Thursday, Man United are prepared to pay half of Chilean’s £26million salary in order to find him a loan move this summer. However, the board would be happier with selling the player altogether, but realise that might be a very tough proposition.

And that makes sense. Not many clubs will be eager to play with Sanchez now, to overpay him for nothing, similarly to what happened to United. Loaning him out for half of his salary would seem a bit crazy, but that might be the only way. That way, Devils would at least save £13m per year. Suitors from China would be very much welcome at this stage, as it is clear Ole Gunnar Solskjaer does not see Alexis at the club in the future.

Aaron Wan-Bissaka was one of the first players media were linking with Man United, as the young right-back has been phenomenal for Crystal Palace this season. That position needs to be improved at Old Trafford, but it looks like the youngster will be staying at Selhurst Park.

‘The situation just shows that my performances don’t go unnoticed,’ Wan-Bissaka told the Evening Standard when asked about the rumours surrounding him. ‘But I am with Crystal Palace at the moment. That is where my contract is and that is where I will be next season. I have got three years left on my contract. It says I am going to be there, so that is all I can focus on now.’

However, if a great offer was to arrive at Selhurst, the club might be eager to push for it to happen. A deal in the region of £40m would definitely be tempting for them and then, the story could be very much different.

According to various reports from England, Man United have made one final offer to Juan Mata regarding his new contract. Mata’s current contract at Old Trafford is due to expire on the last day of June and the club could be losing the Spaniard.

The 31-year-old joined Devils in January 2012 and is now in his final months of the contract. Man United have offered him, according to Manchester Evening News, a new one-year deal with an option to extend it for another year.

Mata is keen to stay but had previously been holding out for a definitive two-year contract. Man United do not want to do that, since Mata is already 31 and they want to approach this deal with more care. Mata is currently earning £170,000-per-week. Clubs like Barcelona have been mentioned to be interested in signing Mata on a free transfer if it comes to that. However, it seems like the club and the player are getting closer to a new deal. The Spaniard would definitely be useful squad player next season.